Federal officials have connected some of the dots in their investigation of three concurrent outbreaks linked to romaine lettuce in late 2019.  A total of 167 people infected with the outbreak strain of E. coli O157:H7 were confirmed from 27 states.  Illnesses started on dates ranging from Sept. 20 to Dec. 21, 2019.  Ill people ranged in age from less than 1 to 89 years, with a median age of 27.  Most of those sickened, 64%, were female.  Of 165 ill people with information available, more than half were so sick they had to be admitted to hospitals.  Fifteen people developed hemolytic uremic syndrome (HUS), a type of kidney failure.  No deaths were reported.  The Public Health Agency of Canada also reported several illnesses that were closely related genetically to the illnesses in the United States.

The common denominator — a romaine lettuce supplier with ranches in Salinas, CA.  Although this grower was determined to be a common supplier for all three outbreaks based on available supply chain information, the romaine lettuce from this grower does not explain all the illnesses seen in the three outbreaks.  While neither of the investigating agencies, the U.S. Food and Drug Administration (FDA) and the national Center for Disease Control (CDC), has named the grower, the public was alerted in December not to consume lettuce coming from Salinas, CA.

How should consumers respond?  It will likely take months for investigators to determine the exact source of the outbreak.  It took about 1 year to locate the source of an outbreak that occurred in late 2018; pathogens in the soil in an irrigation ditch at a farm.

We know that lettuce is a raw agricultural product and processing steps (removing roots, washing, bagging) are not designed to remove all bacteria from produce surfaces.  Just as we encourage consumers not to eat raw or under-cooked meats, there are certain at-risk populations (the young, elderly, immune compromised individuals) that we would encourage not to consume leafy greens during an outbreak.  At other times these at-risk consumers, if they wish to purchase lettuce, should use common sense and purchase leafy greens that are fresh (not spoiled) and packaged greens that aren’t close to the expiration date on the package.  Stay food-safe! 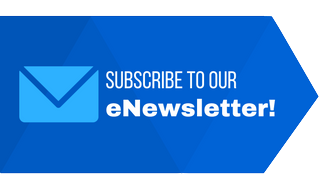 Connect with your County Extension Office

Find an Extension employee in our staff directory